Popular Gujarati Snacks You Should Try 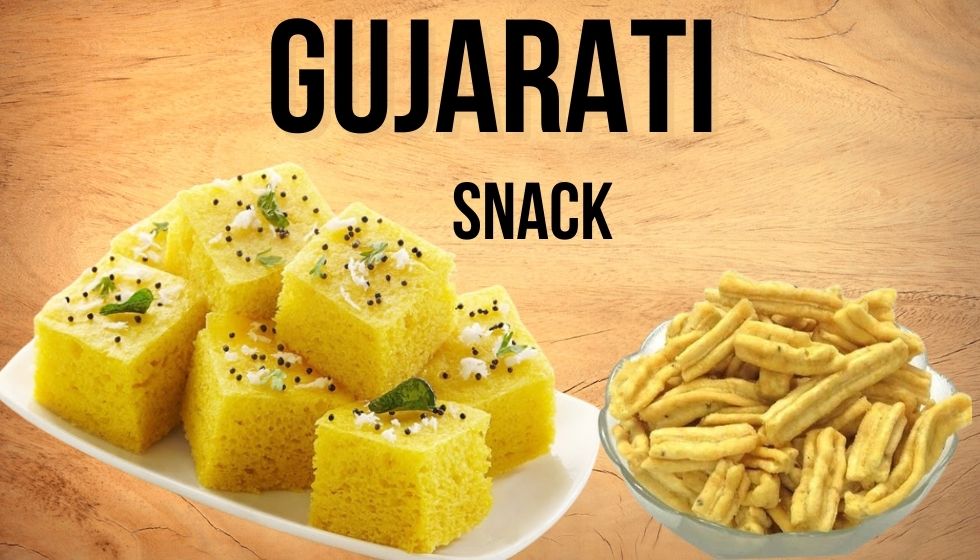 Gujarati Snack is all about the flavors. A variety of spices and flavors are used to cook the majority of the dishes in this place, giving each one a different flavor and texture. But if you explore Gujarati snacks, you’ll find that they are straightforward and sparingly spiced yet leave a powerful taste in our mouths.

You should give these traditional Gujarati delicacies a try and let us know what you think.

Dhokla, a spongy delicacy composed of fermented rice and chickpeas, is best enjoyed with Meethi Chutney or Green Chutney  Dhokla, another delectable sweet and salty Gujarati delicacy, is frequently eaten after being fried with curry leaves, mustard, and cumin seeds to give the food a deep aroma. Made from pounded Gujarati specialty besan. The powder is steeped in water before being blended with yogurt, spices, and leavening agents, among other things. After that, the mixture is steamed or baked until it sets.

Black mustard seeds, chopped cilantro, and desiccated coconut are typically sprinkled on top of the meal, which is typically served split into squares. It is eaten as a snack, and chutneys are frequently offered with it. Although dhokla and khaman are occasionally mistaken, the latter is often cooked with the inclusion of rice.

A teatime snack is called gathiya, the main ingredient is besan or gram flour. It is almost similar to a thicker sev, but there are some noticeable variations in taste. Tikha (spicy) Gathiya and normal Gathiya are the two common varieties. The spices added to the dough are what make the distinction. Carom seeds, salt, turmeric, soda bicarbonate, and a very small amount of oil make- up the normal recipe. Tikha also contains extra spices like red and black pepper. The dough is then shaped into strands and forced into a mold before being dropped directly into the hot oil for deep frying. The final product is somewhat mushy rather than crunchy. You can add Garvi Gujarat Jamnagiri Gathiya into  Buddy Basket cart.

Surat-based Gujarati cuisine has a distinctive flavor, method of preparation, and taste. Undhiyu is a variety of vegetables that is cooked upside down in clay pots underground. Food prepared during the winter months of January in expectation of Uttarayan, or the Gujarati kite festival.Eggplant, fried chickpea flour dumplings, bananas and beans, potatoes, and green peas are among the ingredients in Undhiyu, which is slow-cooked to perfection with buttermilk, coconut, and spices.

India is renowned for producing a variety of milk-based sweet foods. Basundi, a sweet delicacy composed of boiled condensed milk and available in a variety of flavors like custard, apple, and grape, is an example of this in Gujarati cuisine. Especially during holidays and important occasions like Kali Chaudas and Bhaubeej, basundi is offered. Many claim that Basundi and the north Indian dish Rabri are fairly comparable.

One of the few Gujarati recipes to deliver a sweet, salty,and spicy flavor all at once is Sev Tamatar Nu Shaak, which has a stormy confluence of flavors in every bite. The meal is cooked and sev is sprinkled on top to give it a spicy and salty flavor after diced onions and tomatoes have been sauteed in oil and spices. Sev Tamatar Nu Shaak, traditionally eaten with flatbreads like Theplas, chapatis, or paranthas, is a favorite dish for kids in Gujarati homes.

Gujarat is undoubtedly a foodie’s paradise, and as the dishes listed above show, this cuisine is full of flavor and offers something for everyone. To enjoy an amazing gujarati snacks, Shop from BuddyBasket (supermarkets in toronto).